ACC, the association of Corporate Counsel announced its partnership with Next 100 Years, the new project from the team behind the First 100 Years, dedicated to achieving equality for women in law. The First 100 Years project was created to chart the journey of women in law in the first 100 years since they were permitted to become lawyers for the first time. The Next 100 Years will be continuing this path, supported by the Law Society of England and Wales, the Bar Council, CILEx, and now ACC. 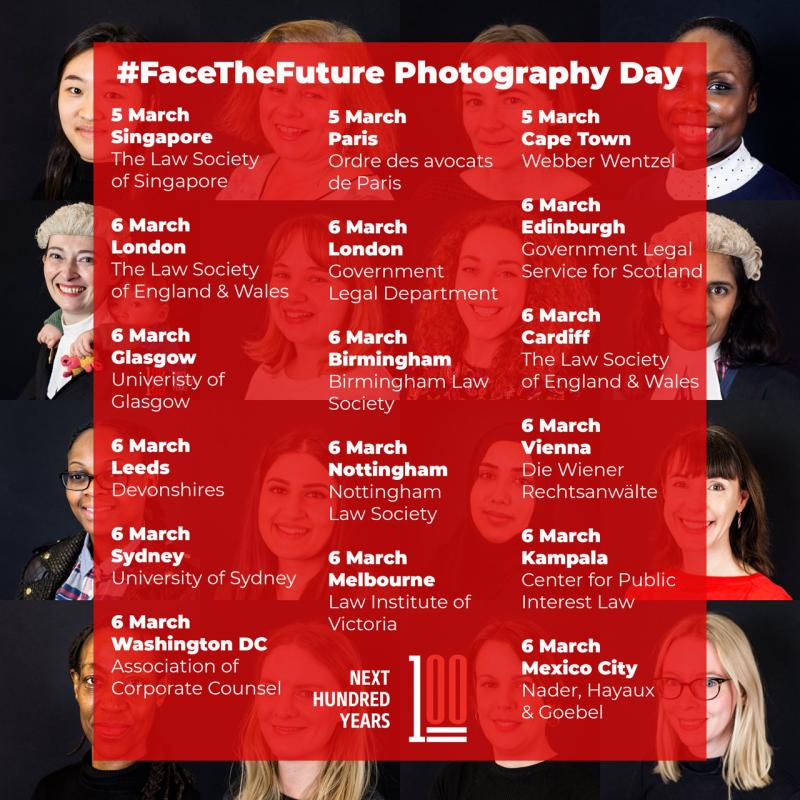 Last March, Next 100 Years founder Dana Denis-Smith spoke at the opening of ACC’s London office. That same month, ACC’s Washington office hosted one of the photo pop-ups that contributed portraits to Next 100 Years’ #FacetheFuture campaign, celebrating women lawyers through photography. ACC will support the Next 100 Years’ efforts to feature more women in-house counsel from around the world in its films interviewing pioneering women lawyers, as well as collaborating on events and projects like #FacetheFuture.

“ACC is proud to join the Next 100 Years project as an official partner in this important endeavor examining the history, current face, and future of women in the law,” said Veta T. Richardson, ACC president and CEO. “By working closely with a global organization for the first time, we will be able to involve women lawyers across the world in the project, celebrating their achievements, learning from other jurisdictions about how they are breaking down barriers to inequality and working together to drive change”, said Dana Denis-Smith.