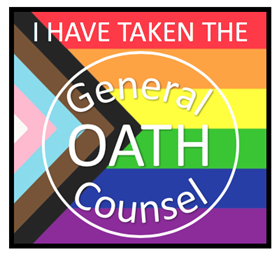 In moments of great uncertainty, unity is needed. But, also, it is precisely in these moments that new ideas to achieve it may arrive. As happened to Simon Zinger, group general counsel at Dentsu, who last summer developed the idea of ​​an oath general counsel. A text that aims to overcome borders and unite the in-house community with common goals. In a very short time, the initiative has been endorsed from international organizations in the sector. Zinger tells MAG about the genesis of the idea …

What is the General Counsel Oath?

The Oath reflects a commitment to be taken by leaders of in-house legal teams I refer to such leaders generically as General Counsel, but other lawyers with titles such as Legal Director or Chief Legal Officer are also in scope.  The Oath reflects and offers specific behaviors for such individuals as leaders of teams and as people who hold positions of influence in their organizations.  The concept is similar to the Hippocratic Oath taken by doctors.

How did the idea arise?

This idea reflects work that I have been doing with my own team to encourage personal behaviors that can create positive change inside our organizations, and which could then lead to positive social impact more widely.  I also created the Oath as an instrument to help and guide the legal profession at a point in time (summer of 2020) where I was seeing so much change and uncertainty across our societies.

Do you think there is a need this? Why?

Yes, I think that there is a need for something that supports collective action on the part of leaders to create positive change for our teams and our organizations.  It seems to me that many of us (and our companies) are doing positive things, but on an individual and dis-jointed manner.  The Oath helps provide a common approach, with the hope that as a collective (as opposed to separate) force we achieve quicker and more impactful results.

How can General Counsel Oath foster diversity and inclusion?

The Oath requires a commitment towards treating our teams in a diverse and inclusive manner, extending such thinking to how we recruit and promote lawyers, providing training, and for the General Counsel to act as a role model to others in their organization in such efforts.

What does the Oath say about social impact & pro bono?

Recognizing the importance of supporting charities and local communities, and the positive impact it has on the motivation and satisfaction of a legal team, the Oath asks General Counsel to participate in social impact and pro bono activities with their teams and to ensure that their team members are given sufficient time for such projects.

And what about prejudice and harassment?

The Oath asks the General Counsel to be aware of such behavior, create an understanding that it would not be tolerated, and to support training to avoid it.

What are the main goals in terms of team building and communication in legal departments?

The Oath provides the General Counsel the opportunity to offer their team a path to behaviors that reinforce positive human and professional values.  It could also help reinforce company culture and help the legal team support wider organizational values.  As such, it can be a strong model for team building.

So, is the Oath trying to fill to the gap of coordinated and collective behaviors?

Yes, exactly – but together with a suggestion for specific areas where positive change can make a big difference.  The ambition is that these behaviors can start with the General Counsel, but then spread across the legal profession and their organizations.

How in-house community can contribute to the Oath at an international level?

I hope to reach General Counsel across the world with the Oath, so that they have the opportunity to consider whether the Oath is something that they can personally support, and then inform their teams, legal suppliers and organizations about.

There is already a text. Can this be implemented? What you feel is still missing?

I think that the core principle is for the Oath to be implemented on a personal level.  Once that is done, the impact will depend largely on how the individual choose to apply it.  For some people, it can be a personal guide to areas of improvement or their own future efforts.  Other people can choose to use it more widely and incorporate it into team building and other organizational efforts.  I think that the Oath provides a strong platform for General Counsel to further expand their efforts and influence inside organizations.  Perhaps, I am missing more support from other legal or in-house organizations…

Why? Who is supporting the Oath at the moment?

The Oath has been supported by individual General Counsel, several law firms and legal recruiters.  I am also grateful for the support and endorsement received from several large organizations that represent and work with company lawyers such as: Association of Corporate Counsel, Minority Corporate Counsel Association, and the Thomson Reuters Foundation. In particular, ACC not only endorse the Oath but to also encourage all of their global chapters and networks to spread word about it – meaning to all 46,000+ in-house counsel members.

How has been the answer of the community instead?

I am grateful for many positive reactions from individual General Counsel who have declared their personal commitment to the Oath on LinkedIn.  I feel that this can be a truly global movement for positive change, in a way that the legal profession has not acted before.

What are you thinking as next step?

I will continue promoting and raising awareness of the Oath.  My goal is to reach as many General Counsel as possible, and obviously for those people to consider what it says and to decide to use it.

THE INTERVIEW IS ALSO AVAILABLE IN OUR MAGAZINE MAG.