The second day of Legalcommunity Week began at 9 a.m. yesterday at the Gallia Hotel in Milan. The first event, “Africa and the Middle East: business opportunities and the role of Italy” was organized in partnership with BonelliErede, Accuracy and the Italian-Arab Chamber of Commerce.

The first part of the meeting, on the theme “Italy in Africa and the Middle East: a long-term commitment”, featured as speakers, the president of BonelliErede Stefano Simontacchi and the general manager for the promotion of the Italian economic system at the Foreign Ministry Vincenzo De Luca. Nicola Di Molfetta, director of Legalcommunity.it, moderated the debate. 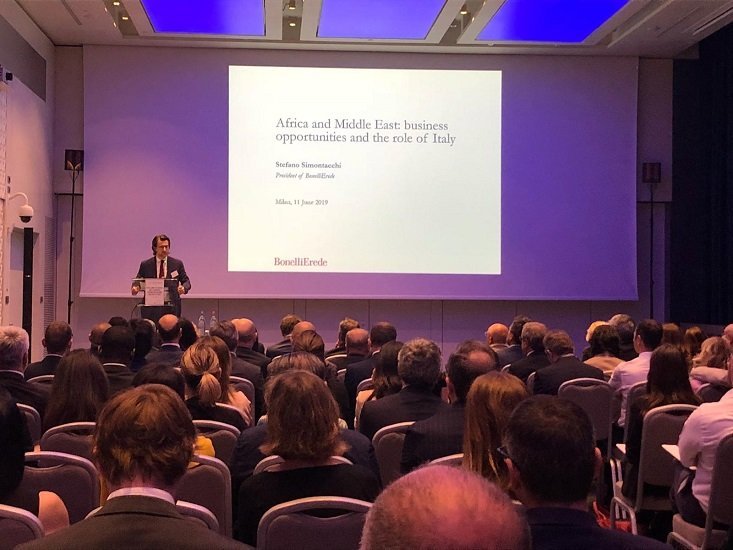 From 10:15 a.m., the second part of the discussion centered .on the theme “How to succeed in investing in Africa and the Middle East.” Angelino Alfano, of counsel at BonelliErede, Ziad Bahaa-Eldin, managing partner of Bahaa-Eldin law office in collaboration with Bonelli Erede (Egypt), Jas Cheema, partner, spoked, while Ilaria Iaquinta, journalist of Inhousecommunity.it, moderated. 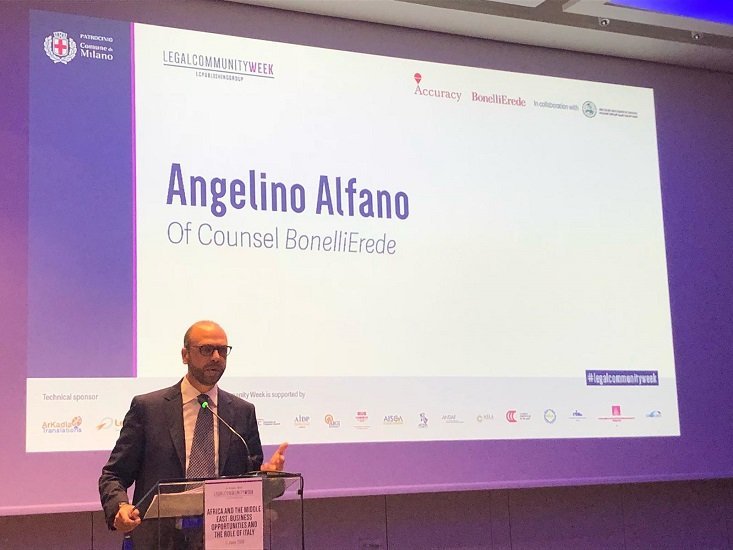 At 11.30, after a brief coffee break, the round table “Success cases and prospective opportunities in the region” was held. Mohamed Elmogy, general counsel for Egypt of Siemens Technologies, Isabel Fernandes, head of legal of the Visabeira group, Karen Jabbour Lahoud, senior legal counsel of the Central bank of Lebanon, Alexandre Marcotte, group director of legal – commercial of AkzoNobel, spoke Jonathan Marsh, international general counsel of Total marketing services and president of Ecla, Massimo Pollio, managing director of Imagro Construction (Orascom Construction Italy), Mahmoud Shaarawy, group legal director of Elsewedy Electric and Gianfranco Veneziano, partner of BonelliErede. The head of the Iberian Legal Group Ben Cook moderated the debate.From 1 pm, with the collaboration of Hogan Lovells, the day continued at the national science museum “Leonardo da Vinci”, with a business lunch and a round table dedicated to the theme of the sharing economy. “Are you ready for sharing? The sharing economy from the inside “the title of the initiative that saw Marco Berliri, Sabrina Borocci and Massimo Masnada, partners of Hogan Lovells, Alessandro Fasanella, Google’s senior legal counsel, Matteo Frigerio, country manager for Italy of Airbnb, Thomas Micarelli, Uber’s senior regional counsel for Southern Europe. 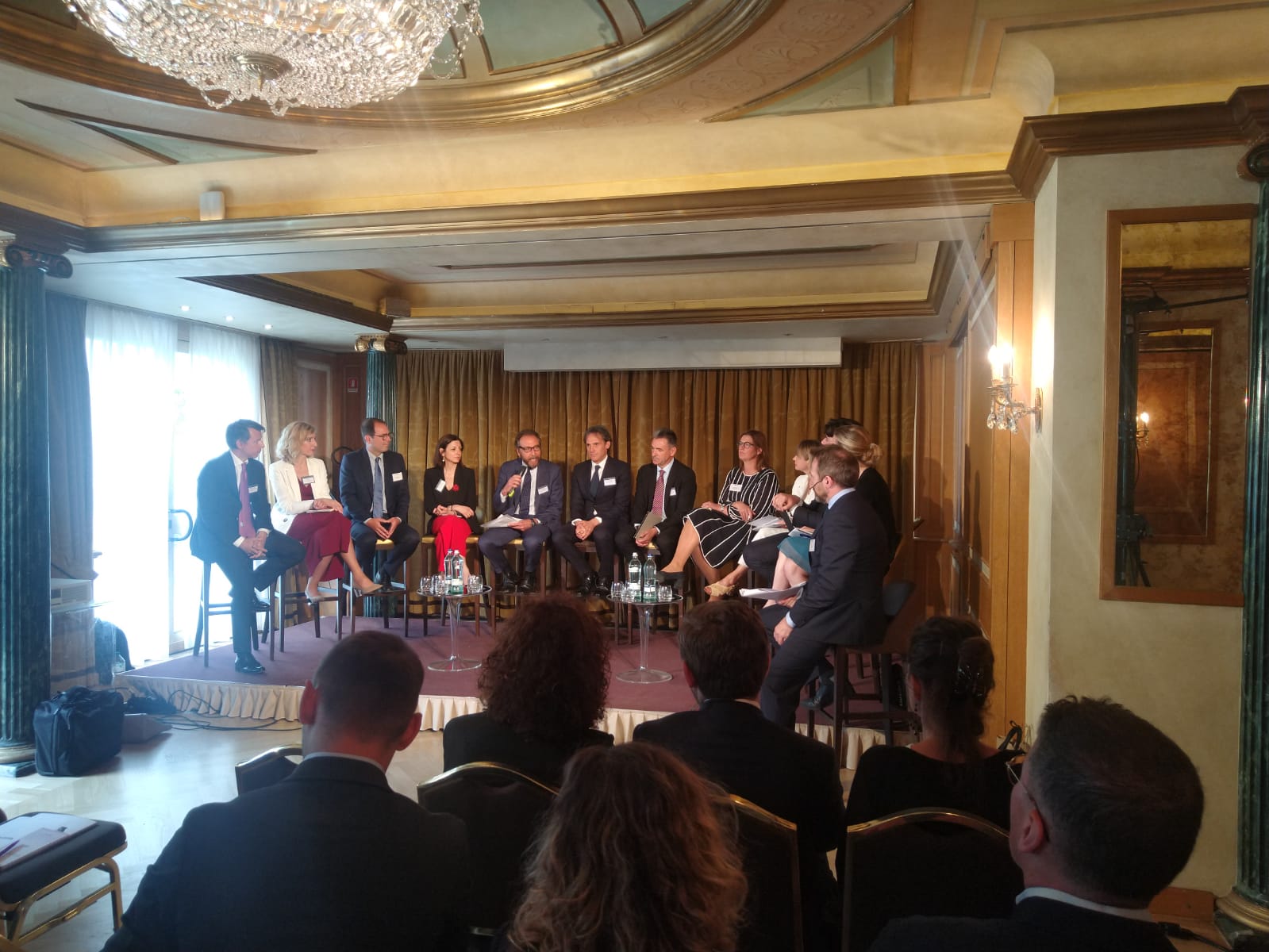 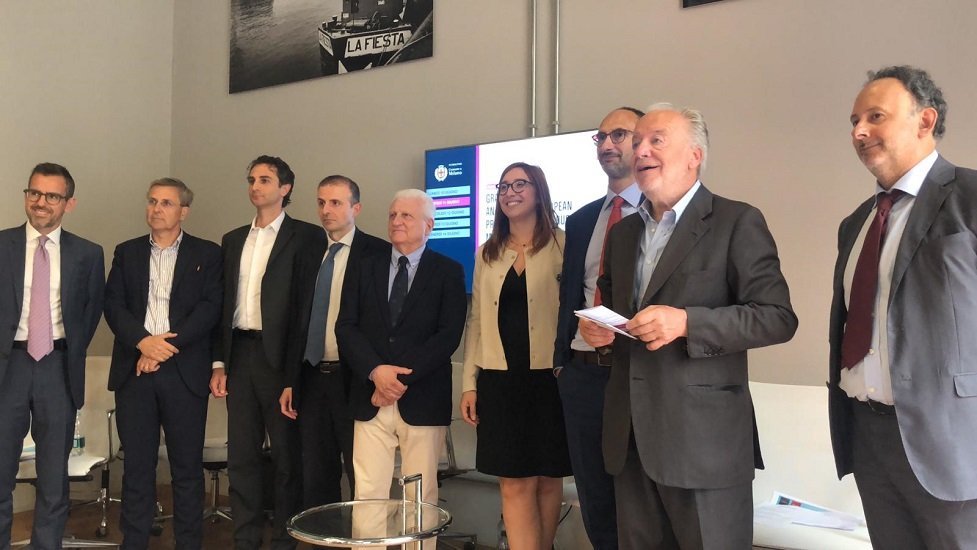 From 4.30 pm at the headquarters of Castaldi Partners, a LegalCommunity Week partner, the round table “Grand Paris: an important European project on infrastructures: models, risks and opportunities ” was held. After the welcome of Enrico Castaldi, founder and partner of the study, Romain Bocognani, ANCE Deputy Director General and Head of Business Management 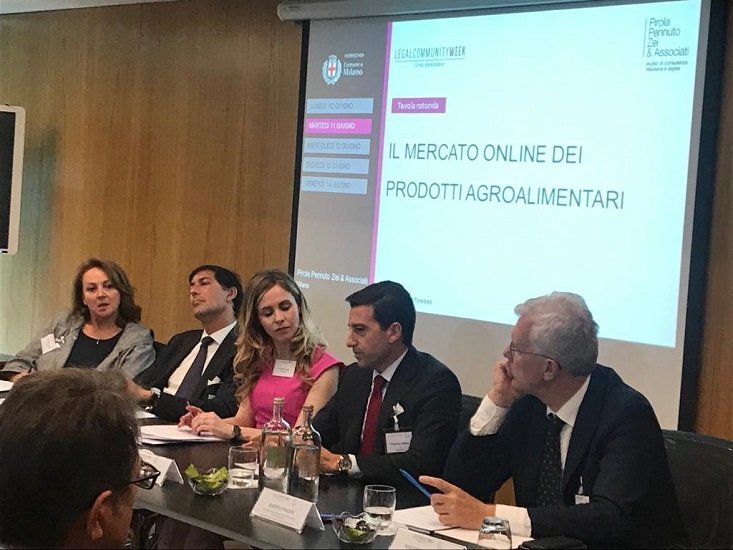 At the same time as the round table at Toffoletto De Luca Tamajo, Pirola Pennuto Zei hosted a food-related debate at its headquarters: “The Online Market of Food & Beverage

Products ” was the theme of the meeting. Fabrizio Capua, chairman and CEO of Caffè Mauro, Alberto Frausin, chairman of Carlsberg Italia, Anne-Manuelle Gaillet and Francesco Lamperti, both partners of Pirola Pennuto Zei, spoke in turn, with the moderation of Francesca Corradi, head of the foodcommunity.it portal..

From 6 pm, at Lume in via Watt, Axpo promoted the round table “The rise of corporate PPAs”, which ended at 8 pm with dinner.

Separately, at 7 p.m. Freshfields hosted a presentation cocktail of the main players in the private equity market. Laura Morelli, head of financecommunity.it, presented the discussion between Giovanni Tamburi, president and CEO of Tamburi Investment Partners, and Nicola Asti, partner of Freshfields.

The day ended with a real estate theme, moderated by the director of legalcommunity.it, Nicola Di Molfetta. Giuseppe Bonomi, managing director of Milanosesto, and Marco Carabelli, general director of Arexpo took the floor, “Public and private real estate development in Milan and Italy”. The second day of Legalcommunity Week finished up at 10.30 pm at Lipani Catricalà & Partners, via della posta 8, with a cocktail reception following the debate on real estate.