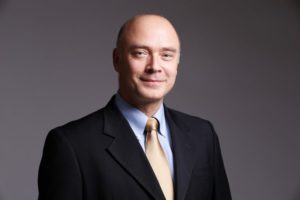 The staggering, shocking, figures we have seen the last days reveal an unprecedented rise of unemployment in most economies in the world. Numbers have been somehow moderated by the existing partial-joblessness systems (e.g. in Europe, also known as chomage partiel or furloughing) and/or rapid action by states who didn’t have such schemes and quickly enacted or adapted one (e.g. Chile).  Every company is different, financial realities, human issues, even the business survival are competing forces for what to do. The role of the General Counsel is key in this. Probably never before we had a situation like this crisis to live to the maxim “doing not only what is legal, but what is right”.

If the decision is to rely on public money help via the chomage partiel or furloughing systems (usually covering up to 80% of the monthly base salary of the respective employee), one would imagine the GC will not only make sure this is adequately implemented by Human Resources but that the company policy reflects this usage regarding the dividend policy. Frankly speaking, we have seen some scandals this week in too many countries. Companies distributing up to 80% of their yearly net earnings in dividends, while relying on tax payers’ money and benefiting from the chomage partiel schemes is, to put it mildly, inadequate. In one of these companies the Chairman declared in public -after being forced to cancel that decision by the public opinion’s court of justice-: “we thought we were acting in good faith when proposing the 80% payout”. They went back to the legal minimum of 30% dividend distribution. The company is one of the best known and largest retailers in Latam and the scandal is public and easily found in the internet. Where was the GC one asks? What were they thinking of?

This debate is multifaceted as the risk is that some companies won’t use chomage partiel schemes and simply lay-off staff. This is the debate currently going on in Switzerland’s parliament. I believe that GCs can do better than that; I cannot imagine a better time for shareholders to understand we must let go part of the slice; sustainability is not only environmental: it is also social! (and, please, I am a private investor myself and have plenty of skin in the game).

The second current -and crucial- aspect is related to health and safety. One cannot over emphasize the duty of care employers have. The amount of related litigation and disputes will be massive. The exposure in front of the court of public opinion is immense, just ask Amazon (and kudos for changing the course Mr Bezos). It is obviously impossible to reopen and have a zero-risk working environment. Yet, as a minimum I would imagine a number of actions for the GC: ensuring compliance with specially enacted regulation, seeking guidance from labor authorities, ensuring that your policies and procedures are up to date, managing your insurance policies. All these matter massively, but nothing will replace a constant dialogue with your people.

I cannot finish this column, of course, without mentioning our favorite Roman jurist, Pliny. One cannot apply 21st century standards to Roman times, especially in labor matters where slavery and exploitation were rampant. Yet, among the very few primary sources surviving dealing with treating workers in a humane way, we find both Pliny the Younger and Seneca. Historians argue about the extent of their concern but nobody contests that they were among the first thinkers in the Ancient World to express a concern about the wellbeing of workers.